Slightly odd and unexpected, but Buddyhead of all places has an overwhelmingly posi write-up on an Alarma Man live show: http://www.buddyhead.com/show-review-alarma-man-get-some-corpse-paint-play-some-mathrock-and-start-a-revolution/

Alarma Man back to Germany

It's a Trap! Clubnights are back!

It's a Trap! Clubnights at Debaser Malmö are coming back this fall and our first one on Friday, October 8 is gonna be a big one! Three great Swedish acts (Bad Hands + Alarma Man + Traktor) plus special guest DJs (tba) equals good times. Keep an eye out for more details to be announced soon!

Alarma Man will be releasing the new album "Love forever" on August 13 via . Check out their new video for the song "Cabin in the woods" right here: http://www.vimeo.com/12548416

Alarma Man to tour in August

Alarma Man will be hitting the road for a few dates in August: 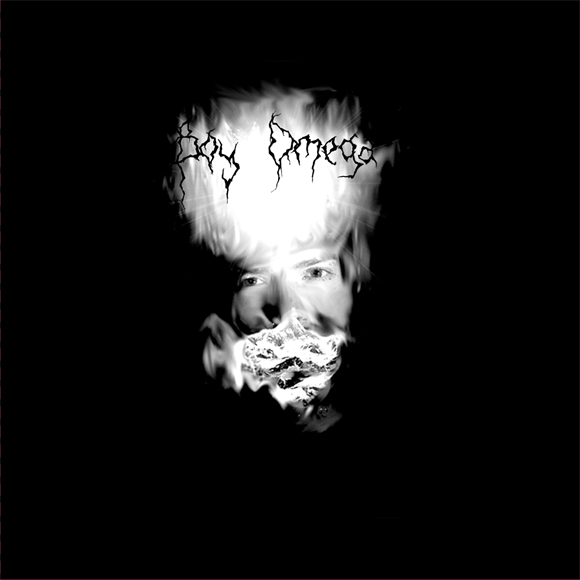 "Follow the herd" is the 2nd single from Boy Omega's album "The ghost that broke in half", his fifth album overall and one that took a full two years to come to fruition. For all the pieces that were assembled to make that work possible, there were many left behind, hence this EP. Some have appeared in other locations in past and some never before, but now they all come together for you in this 6-song EP. A pair of instrumentals, a pair of covers, a Christmas carol that remains evocative even when the season has passed, and the title track, an orchestral pop tune with dizzying twists and an aching melody.

Tell me about "Follow the herd" -- what's the song about?

It touches upon a few different subjects, but mainly it's about being true to yourself. It's also about the too-early and unexpected death of my uncle.

The track almost feels schizophrenic with the way it splits between the fuzz/Arp-heavy part and the quieter bits with the horns (and strings?)... what's the thought process behind that? How did you end up at that arrangement?

When I'm working on a song in the studio, I basically just try different things until I feel happy with the result. I like surprises and I like when unexpected things happen, so that might have been what I was aiming for.

So how much of that was done at home and how much necessitated the involvement of other musicians/studios? Did you have it all mapped out in your head before you decide it to the next level?

Most of it was done at home. On the songs "Follow the herd" and "Dinosaur drugs", me and Calle Fredrikson (from Alarma Man) ended up finishing the songs in his home studio. We rearranged and rerecorded some parts. Calle also recorded the live drums on "Follow the herd" with Alarma Man drummer Andreas Litfeldt at the La Blaza studio in Göteborg. I usually have a pretty good idea of how I want the song to end up, but as I said before, I like surprises, so it's also nice when you end up with something you didn't expect to end up with.

And how do you know when it's done?

I guess you never know.

What's next for you then? Tour and then fatherhood and then what? Do you have any goals or expectations?

When it comes to music, I've already started recording songs for the next Boy Omega album. I've chosen about 50 songs to work with, and I guess 10-15 will end up on the album. I'll be recording in both my home studio and in the Kepner Treg studio with my good friend (and part-time Boy Omega live member) Per-Ola Eriksson. We'll see when we can finish that one. I'm in no real hurry at the moment, and I think "The ghost that broke in half" deserves some more time in the spotlight before I give birth to yet another album. There are also plans to release three more singles from the ghost album ("Black metal fairies", "Roll the dice" and "No light in the lantern"). All of which will have exclusive b-sides.

What else... I'll be doing a UK radio session in April with exclusive recordings. I'm also working on a new instrumental solo project (www.myspace.com/mountgolden) and a brand new project with my best friend Martin Bergström. Me and Martin B will also try to finish and release our second album as Kubot.

When it comes to touring, I just got an offer to do some Boy Omega shows in France next year, so I might say yes to that.

Last, but not least, I plan to spend as much time as possible with my girlfriend and the baby, make some more music videos, take long walks with the dog and bake lots of bread.

Download the full 6-song EP here. You can also go here to download previous single "Dinosaur drugs" along with the exclusive b-side "Our secret".

Alarma Man: Lager out, Skantze in

After seven years and over 100 shows, guitarist Viktor Lager has left Alarma Man. His replacement Tom Skantze (ex-Kazakstan) will make his live debut with the band on June 12 at Pustervik in Göteborg.

Alarma Man reports that their new album "Love forever" is finally done and as proof you can now hear three new tracks at myspace: http://www.myspace.com/alarmaman
As for an actual physical release of said work, details are still tba.

Our year-end listmania continues! The latest contributions posted are from Magnus Öberg, boss of the label Nomethod, and Viktor Lager from the band Alarma Man. Be sure to read them all!

Here's the playlist for this week's radio show:

Reminder: my show airs on Sirius Left of Center (channel 26) at 11pm ET with repeats on Monday at the same time.